When Your Dream Baby is Actually a Fucking Nightmare

I had a job once, a job that I wasn’t qualified for, which required me to have long conversations with business owners describing their businesses so that I could write about them. The nature of this blog should be an indicator that I was not successful at this career. Partially because I spent a great deal of time browsing websites dedicated to things that NO ONE should Google (like spending an entire conversation researching Alan Thicke’s career) while talking to these people, and also because sometimes people had CRAZY businesses which would be best kept locked in their imaginations.

However, despite the insanity of a large handful of small business owners, this job generated some magical interactions with people that had hypothetical careers and businesses based on, what I believe to be, significant dissociative disorders. Cognitively I am in no position to judge.

Except I am going to judge. Like right now. Because this shit was wild.

[I don’t have photos pertaining to this consultation until the last paragraph, so instead of photos that relate to the post I’m just going to use my favorite photos of Phil Collins – none of which I own the copyright to]

The woman I was talking to, for over an hour, claimed to be a nurse. (Halfway through the conversation she switched up nurse and clarified that she was actually, “a healer”). But she only practiced one field of medicine, which was edifying people on the nature of dream babies. What’s a dream baby? One might ask (like me). And they would be sorry they did, because she told me what the fuck a dream baby is.

A dream baby, according to this healer, is a predictive baby that you dream about – but is also real. Even if it’s a dream. What? You might be asking. That doesn’t seem like it could be AT ALL A THING. And I would agree with you. While describing herself now as a gypsy, she went on to say that pregnancy dreams are an ultrasound from God. Even if you’re a man or a very old person incapable of having a baby, if you dream about one you have a fucking baby. It’s with you – no escape. The spirit of dream baby lives in you – AND FUCKING TALKS TO YOU. And that the dream baby….is a real living (?) baby that exists maybe within you, but I don’t entirely know. It was confusing as hell. Here are some of the notes I jotted down while on the consultation. 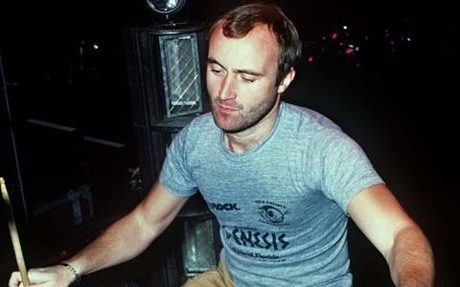 And then we got into the good stuff. The better stuff. Which was a long drawn out conversation about how during conception sometimes it will be off by two weeks. It’s a mystical magical phenomenon called the “missing two weeks” from the date you actually convinced (either in your mind during a dream or conceived during fucking – it wasn’t clarified). The two weeks could be early or two weeks late. She said, – ya know – , for example that, say, if you were a deployed solider and come home to find out that your partner got pregnant while you were deployed it was probably due to the mystery sperm that lay dormant for two weeks and then decided to travel to the egg. Aw, yes. That old chestnut. Dormant sperms.

But don’t worry! She also sent me pictures to use. And suggested that I always listen to a “spirit baby,” should I dream of one. However, if this is what a fucking spirit baby looks like, I will actively pursue an exorcism instead: 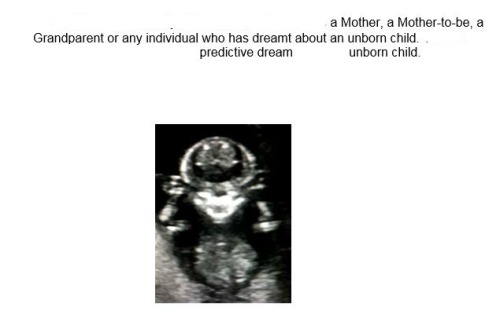 Edited to protect the identity of the healer. The person looking at this. And most importantly: me.

I mean…that’s a monster, right? If you’re dreaming of that I would wake up to light sage and ask God to re-think his dream ultrasound or whatever the fuck. Because if that spirit baby was talking to me, and looked like that, I could only imagine that it would be speaking in tongues about the virtues of Satanism.

And that was my job. Enjoy.