Cataloging Custom for You [Life]

I used to work for a legitimate crazy person at her home office, which is a horse of different color. But one day these two super-hot dudes came to her door and said they were selling books. So instantly suckered into their little web of deceit, my boss and I bought like $45 worth of books. Fun side note, the grimier one of the dudes gave me his number in case I needed my, “lawn trimmed” (his words, not mine).

After six months, it became apparent that two jerk-offs ripped off an old (crazy) lady and a young girl. No books appeared. However, I did start receiving a subscription to Gourmet Magazine that I never requested or paid for.

Because sometimes the universe rewards you by being ripped off by someone who you thought was flirting with you with a magazine that you’ve never been interested in, used, or really read. And then it further rewards you by sending you William Sonoma catalogues for two years following, assumedly because of it.  Thanks, universe!

And something similar happened to my best friend Shawn recently:

We do share a style aesthetic and facial features. 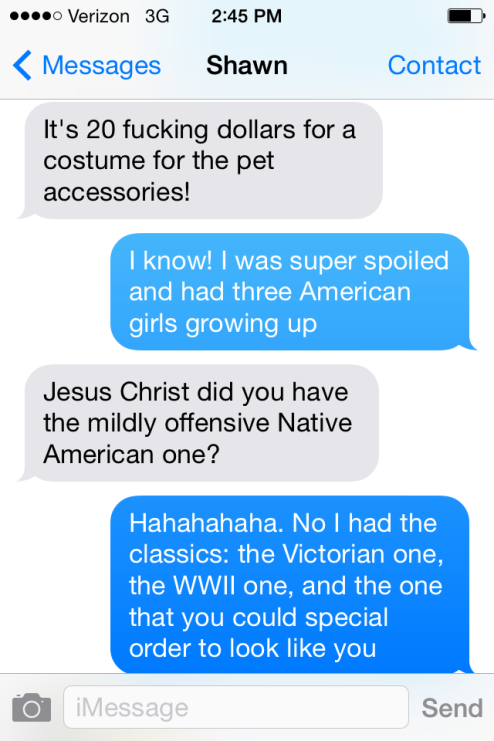 It’s good to know that Shawn is receiving catalogues pertinent to his interests. And I hope that dude that ripped me off rots in hell.