I heard Gods of Egypt bombed at the theaters, which is a pleasure and a joy to hear. I think that imagining Egypt as a land ruled by almost exclusively white Gods is maybe the funniest thing I’ve heard of in a really long fucking time. It begs the eternal question: have Egyptians always worshiped Gerard Butler?

I can’t imagine why this movie did so horrendously in the theaters. Could it be because it stars mostly blinding white actors in a movie that takes place in Egypt? Which is in Africa? I mean…that doesn’t make sense. Who WOULDN’T want to see another revisionist fantasy starring Gerard Butler and Geoffrey Rush? 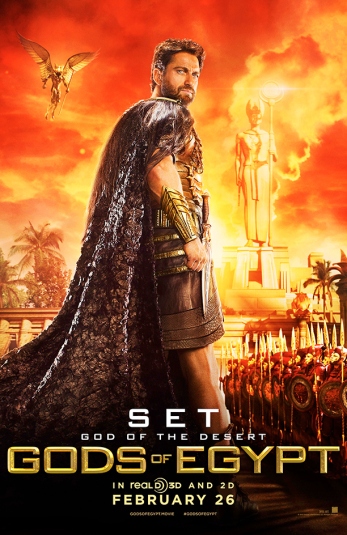 To help the film’s cause I created some alternate posters for them to use. I hope this helps balance out the whooping disparity on how much this film has made so far versus how much it cost to make it:

LOOK AT THIS EGYPT LAND

Tagged as gods of egypt, sons of Egypt land