It’s high time for an anniversary edition of You Life, but since this just occurred to me and I missed the date by four months I guess this is just a retrospect.

You Life started with an instructional guide on how to devastate some PBRs and then paint a kitchen table. Memories 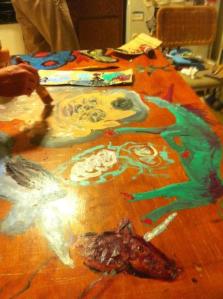 The glory that was the kitchen – with the masterpiece center stage 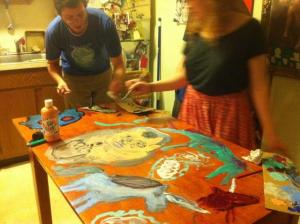 A better view of the unicorn side, before the 6th grade notebook tagging joined the battle

Clear view of the zombie side. That zombie has a bloody unicorn tail in his palm

But I feel strongly that the unicorns prevailed